This weekend my son Jamie and I had fun setting up our new Raspberry Pi. I don’t know where I’ve been that past few years that I missed all this, but this is just way too cool so I’m doing double time to catch up!

For those not familiar, the Raspberry Pi is a single-board computer that retails for about $35.00 USD. I ended up spending around 50 Canadian dollars factoring exchange rates, shipping and duty for the board itself, but it was worth every penny.

The Raspberry PI was developed in the UK by the Raspberry Pi foundation with the intention of teaching basic computer sciences in schools. The model B that I ordered has a 700 MHz ARM processor and 512MB of RAM that consumes a whopping 3.5 watts of power. (So basically you can run 17 of these for less than the cost of turning on a single 60 watt light bulb). It has no persistent storage, but for about $14.00 you can purchase an 8GB SD card that serves as the devices’ hard disk. It has two USB 2.0 ports as well and an RJ-45 100 Mbps Ethernet port. This means you can add USB drives up to 2.0 TB in size. Most people (me included) end up using a USB hub to connect additional USB devices because two is not enough (think keyboard, mouse, wireless adapter, external USB drives etc.) so factor the cost of a powered hub into the equation also (well within my $100 total estimate for all this) 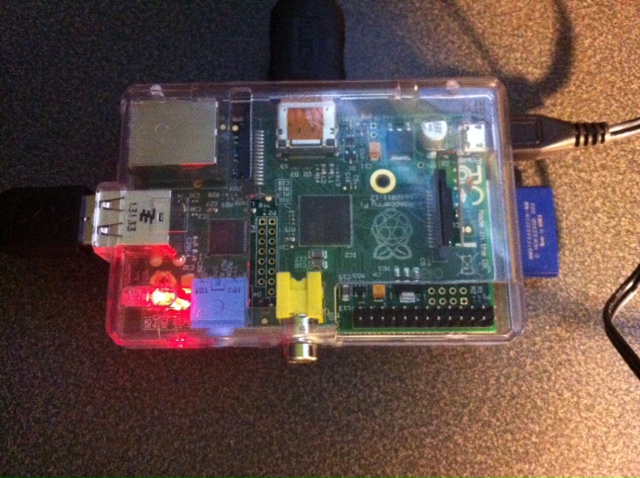 Raspberry Pi runs a variant of Debian Linux which would be familiar to anyone  who knows a UNIX or LINUX operating system (calling all ex-Sun employees). It even runs X-windows and has a full-featured GUI. What’s really impressive about this device is that it includes a Broadcom GPU with native H.264 and MPEG-4 support driving an HD monitor at 1080p resolution (all the way up to 1920 x 200 @ 60 Hz) and it supports surround-sound audio as well through the HDMI port. 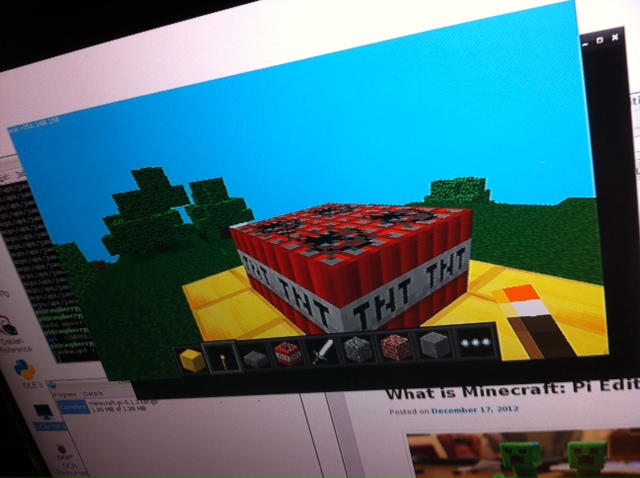 When I was a kid, my Dad bought me a Commodore 64 and I think I can say it probably changed my life. I think this is probably the closest thing to a Commodore 64 for my son’s generation – For kids who are interested in computers and electronics, and want to actually understand the computer rather than just play games on it, this is a very important innovation. We need a new Canadian like Jim Butterfield in 2013 at a time when education is so important. 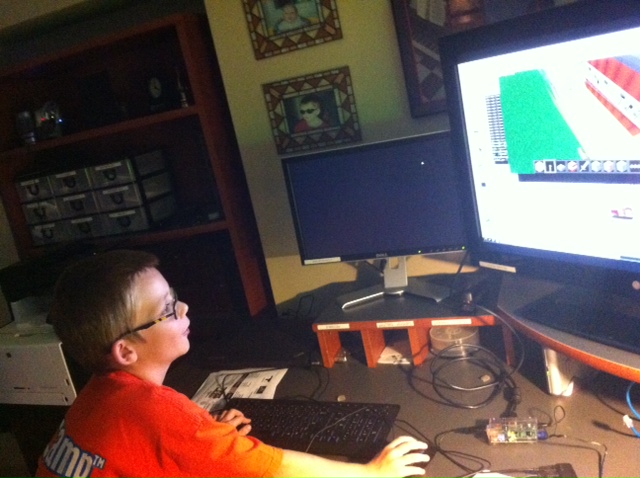 There are a few differences from my day:

All said – from my perspective, as someone who learned about computers in the early 1980s and went on to study engineering, the Raspberry Pi is just really impressive.

Anyway – never mind all this economics nonsense – the real question is can you use the Pi for something useful like watching movies with your son on a home theater? Fortunately the answer is yes. Jamie and I just got this going today with raspbmc. Sam, the author is very deserving of financial support. If you download this distribution please contribute (I just did)

We have this working now (experiencing a few glitches with Apple AirPlay still)  but raspbmc is very impressive.

Jamie and I may yet get around to recording a video testimonial (more likely Jamie than me) but below is a good review of Raspbmc. We see this is all true from our experience although clearly a USB drive is needed as well as a subscription to appropriate video sharing sites. Users will also need to purchase CODECS not licensed with Raspberry Pi.

My advice is that if you are a computer enthusiast you need to buy a raspberry pi – if you are not, for ease of use you you are better to buy an AppleTV or Google Chromecast to have easy access to content.

There is probably a smarter place for Canadians to purchase the Pi, but I’ve always had good luck with Amazon.ca, so I ordered it there to avoid any surprises – I recommend them.

If ordering, I would recommend purchasing a case – otherwise the device will be vulnerable to static electricity. There are sites explaining how to build a case out of lego for you real cheapskates :-).  You might also want to think about a Wifi USB card, a power supply, a couple of spare SD cards, and an HDMI cable if you don’t have one already. So basically this will end up costing you $100.00 or more is the honest truth not including a keyboard, mouse and monitor. I just ordered the starter kit from Amazon as they had clearly done the research.